Zlatan Ibrahimovic joined Manchester United on a free transfer, but now he owns all the money! 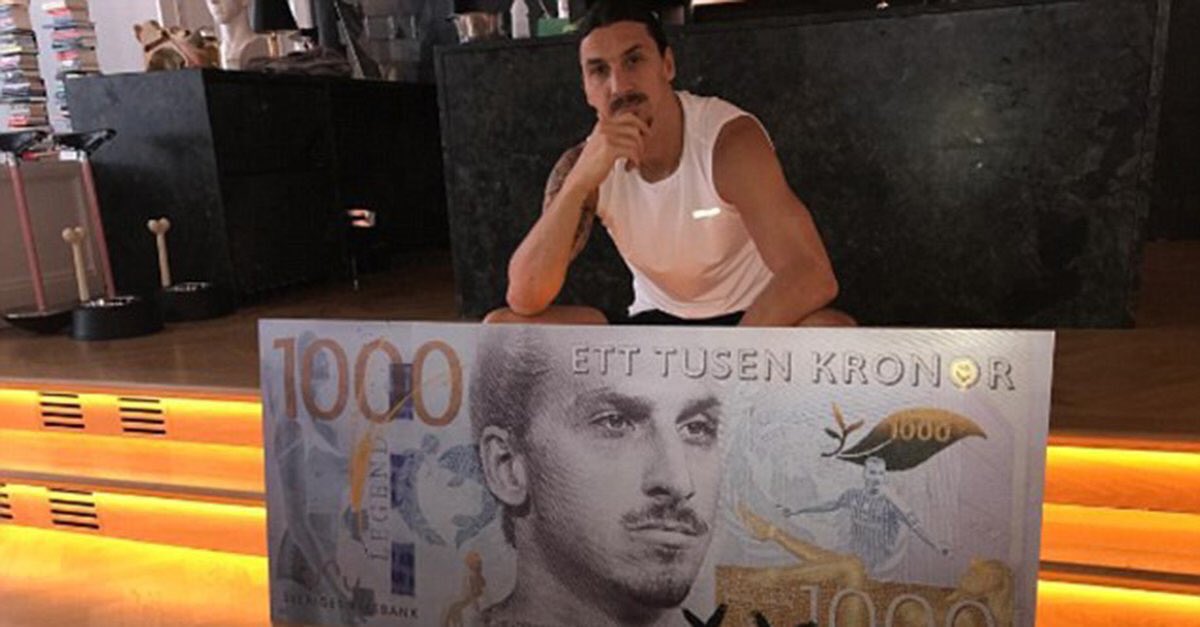 As if Zlatan wasn’t already a legend in his native land, but now the Swedish superhero will be seen on the 1,000 Kroner note as his face has been immortalized onto it!

You have Benjamin Franklin and you have me #bingorimer

The 35-year old’s face has been printed onto the Swedish bank note, adding to the incredible feats and achievements of Zlatan Ibrahimovic.

Zlatan Ibrahimovic has his face printed on a swedish banknote. Living legend. pic.twitter.com/UUb4bmzUPp

Ibrahimovic has been out of footballing action since April 20, 2017 after suffering serious ligament damage on his right knee during the UEFA Europa League quarter-final against Anderlecht at Old Trafford.

He has been recovering from the injury since, with reports suggesting the player has been improving his fitness leaps and bounds ahead of his scheduled period on the sidelines. Zlatan could even be offered a new one-year contract with Manchester United once fit.

Will he be given a new contract at Manchester United? Will Zlatan prove to be his money’s worth once again? Tell us in the comments below!