The young guns of India crowned SAFF U-15 champions! 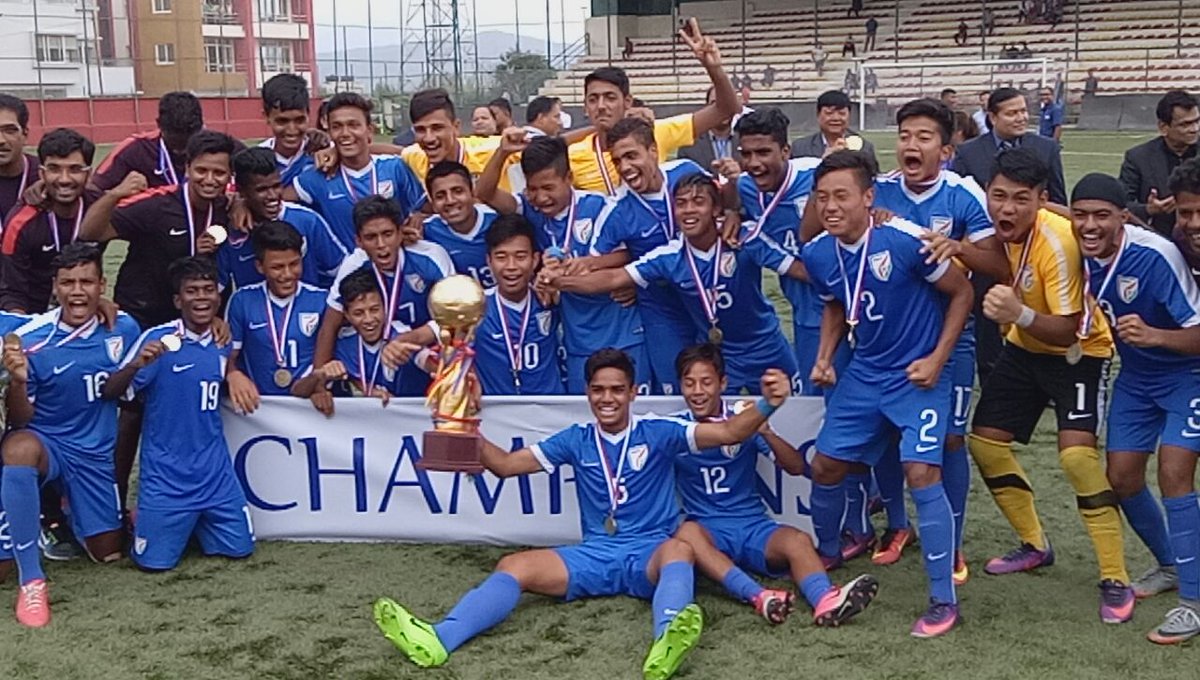 India U-15 lift the SAFF U-15 Championships #BackTheBlue#SAFFU15

The South Asian Football Federation (SAFF) Under-15 Championship for boys kick started on August 18, 2017, at Nepal. As many as six nations participated in the tournament where each of the sides was divided into two pools comprising three teams each. The Colts were grouped with Maldives and host Nepal in Group B while Bhutan, Bangladesh and Sri Lanka occupied Group A. India along with Nepal progressed to the finals where the match began with India looking as the stronger of the two teams with the boys passing the ball around in the midfield. Even though the Blues had a good half, Nepal converted a penalty to take the initial lead in the 40th minute, after which Lalorikama (58) and skipper Vikram (74th) struck twice in the second-half to help India seal the match. 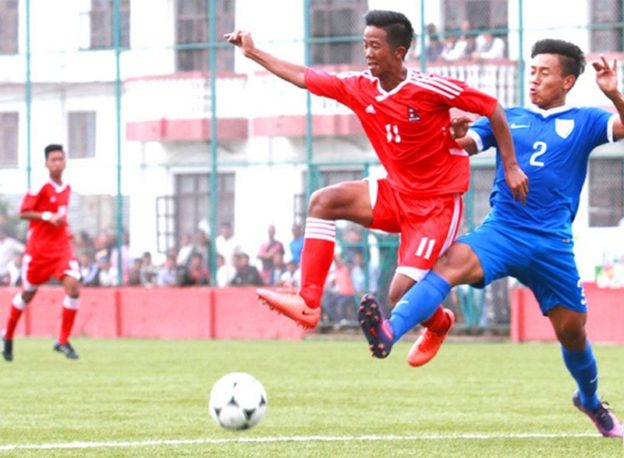 The last few minutes saw Nepal putting in long balls as they moved forward in search of an equalizer but the Indian defense denied them the same. At the end of the 90 minutes, the under-15 side of India was crowned the winner of the tournament owing to their top-notch outings and an unbeaten run in the series. Congratulating the U-15 Team for the achievement, All India Football President Mr. Praful Patel said: “Congratulations to the boys and entire staff. The manner the boys have played is a clear indication of how a structured Youth Development Programme can raise the bar.”

India has been doing well consistently at Junior level, be it the U-17 team or the U-19, do you think we are on the right track in building a sustainable structure to develop youth football in the country?