The transfer season has begun! Check out the exciting ins and outs from the Premier League’s top clubs 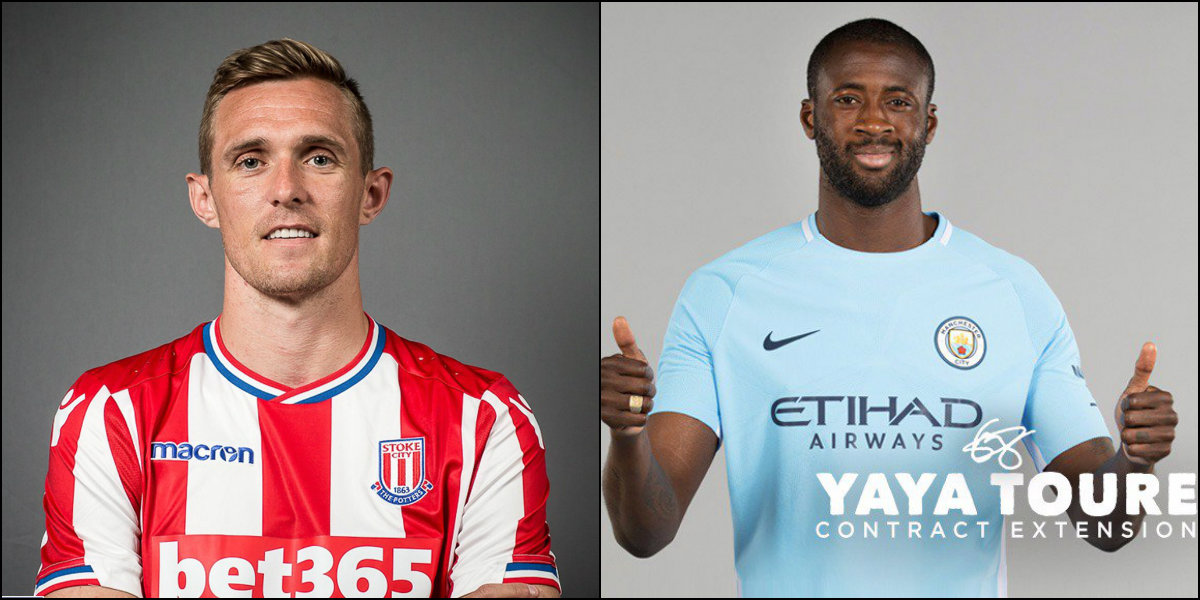 West Ham United have announced the signing of former Manchester City full back Pablo Zabaleta on a two-year deal, beginning from July 1st when his contract expires.

West ham fans you’ll be getting a warrior, he’ll give you nothing less than 100%, good luck Zabba, you are joining a club with class

With the signing of Zabaleta, West Ham have officially signed a bigger name than Liverpool are going to do all season. WEST HAM.

The Argentinian told West Ham TV, “This is an absolute pleasure to be part of West Ham United Football Club. I come to the club to enjoy myself and hopefully we can have a very successful time.”

a City legend. If there’s any team I could have chosen for you it’s West Ham. Good luck in the future.

Will the experienced Premier League defender help West Ham push towards the Top 6? Let us know what you think below!

Man City are scary, Adding Bernardo Silva will raise them up a level. Insane talent

The ‘Pep revolution’ has begun as City announce big money signing of Bernardo Silva from AS Monaco.

Speaking to the barman at the restaurant where my girlfriend works and he’s shocked that Man City have signed Bernardo Silva already.

The 22-year old Portuguese playmaker had nothing but praise for his new manager, saying “Of course when you have the opportunity of being trained by Pep Guardiola, you don’t say no!”

Cancel the Premier League next season guys. No point, apparently Man City have already won it cos they signed Bernardo Silva.

Silva will pen a five-year deal with City for a sum rumoured to be around £43m. Is Bernardo Silva the answer to Premier League glory for Pep and Manchester City?

OFFICIAL: #watfordfc is delighted to confirm the appointment of Marco Silva as Head Coach. pic.twitter.com/E90cIca34s

Watford have announced that former Hull City manager Marco Silva will take charge of the Hornets on a two-year deal.

Personally think Marco Silva will be a fantastic appointment by Watford if it goes through. Told he’s a cross between Benitez/Pochettino

Can Marco Silva make a difference to Watford FC?

He certainly needs to connect with the fans in a way that Mazzari never did.#watfordfc pic.twitter.com/TTvljn3Gty

Silva was one of the most sought after managers in England despite overseeing now relegated Hull City last season. The new head coach outlined the decisive factor for taking the job as being ambition. “They showed me the project and I liked the ambition” the Portuguese said.

Getting Marco Silva after Walter Mazzarri…

Feels like being released 9 months into a 3-year sentence for a crime you didn’t commit.

Really disappointed by Marco Silva joining Watford, I thought Palace would’ve been ahead of the queue to appoint him.

Can’t wait for next season! ? #watfordfc

Can Silva help Watford avoid relegation next season or will the Premier League be too much to handle once again for Marco?

We’re delighted to announce that @asmir1 will join us from @ChelseaFC on July 1st!

Up and rising Bournemouth have opened their summer transfer account with the signing of former Stoke and Chelsea keeper Asmir Begovic.

So Begovic is off to Bournemouth, Lovely player to have at the club, never caused a problem and wishing him the best of luck.

Bournemouth agree £10mil fee for Begovic? Why are we not all over that? FML. Livid.

Begovic to Bournemouth is very interesting, excellent pick up. Especially in Begovic’s prime.

The 29-year old shot stopper has penned a long-term contract with the Cherries for an undisclosed fee said to be around £10m. Begovic has played for Bournemouth before, enjoying a short loan spell from Portsmouth in 2007. He signs now as one of the top keepers of the Premier League 10 years on.

Bournemouth have signed goalkeeper Asmir Begovic from Chelsea for a fee of around £10m.

Definitely confident on a Europa league spot for Bournemouth next season, Begovic an absolute steal for £10m

Regular first team football and manager Eddie Howe were touted as his reasons to switch from the newly crowned Champions to the south coast. He explained, “When I spoke to Eddie Howe I knew AFC Bournemouth was the right club for me and I want to bring my experience to the squad, both on and off the pitch.”

Begovic is a phenomenal signing for Bournemouth. A legitimate goalkeeper who is still only 29. A team only getting better.

Will the Bosnian prove “Vital” in the Cherries bid for a Top 8 finish? Comment your thoughts below!

#SCFC are delighted to announce the signing of Scotland international Darren Fletcher on a two-year deal #WelcomeDarren ?⚪️??????? pic.twitter.com/A3QbIB2a9k

Former Manchester United and West Brom midfielder Darren Fletcher has signed a two-year deal with the Potters, who will join the club after his current contract expires on July 1st.

West Brom have really messed up by allowing Darren Fletcher to leave for Stoke. Was such a vital member of that dressing room

The experienced Premier League player, who has won multiple titles that include the FA Cup, the Champions League, and five Premier League titles with Manchester United joins a strong midfield lineup for Stoke City.
Stoke City boss Mark Hughes, a former Manchester United player himself, proved instrumental in convincing Fletcher to make the move. “Having spoken to the manager I have to admit that I was really impressed by everything he had to say to me,” said the Scottish international.

Stoke have been missing leaders on the pitch, Fletcher is a leader. Age is only a number, if he is fit enough he is more than good enough

Stoke signing Darren Fletcher is the beginning of the end, for me. All gone a bit stale there. They’ll be down in next two/three years.

The 33-year old will look to improve recent results at the bet365 Stadium, with Stoke City having finished outside the top half of the table for the first time in 4 years. Can he be the man to put the Potters back in the top half of the league? Let us know below!

Manchester City hold onto Toure for one more year

The popular ‘YAYA TOURE’ song will ring loud at the Etihad Stadium for at least one more season with the Ivorian midfielder signing a one-year contract extension. He is amongst City’s highest scoring midfielders of all time, and now Yaya Toure has committed himself to Manchester City and to manager Pep Guardiola for another year.

Yaya Toure. At one point his Man City career was over, now he just signed an extension.

Toure’s time at City seemed over, as Pep kept the versatile midfielder on the bench for most of last season’s campaign, only later to come back into the starting XI just before the turn of the year.

Yaya Toure has more lives at Man City than a cat ?

Touré is the man of City, he still has an impact in the team and hope with this extension Pep won’t let him on the bench.

“I told myself the journey at City is not done.” explained the former Barcelona player after confirming his contract extension.

Yaya Toure has signed a new deal at Man City. What a turnaround for him, proved Pep wrong.

Will Toure get the opportunity again next season under Pep or will the new big money signings for City push him further down the pecking order? Have your say in the comments below.