The “Real deal” proves too hot for FC Barcelona 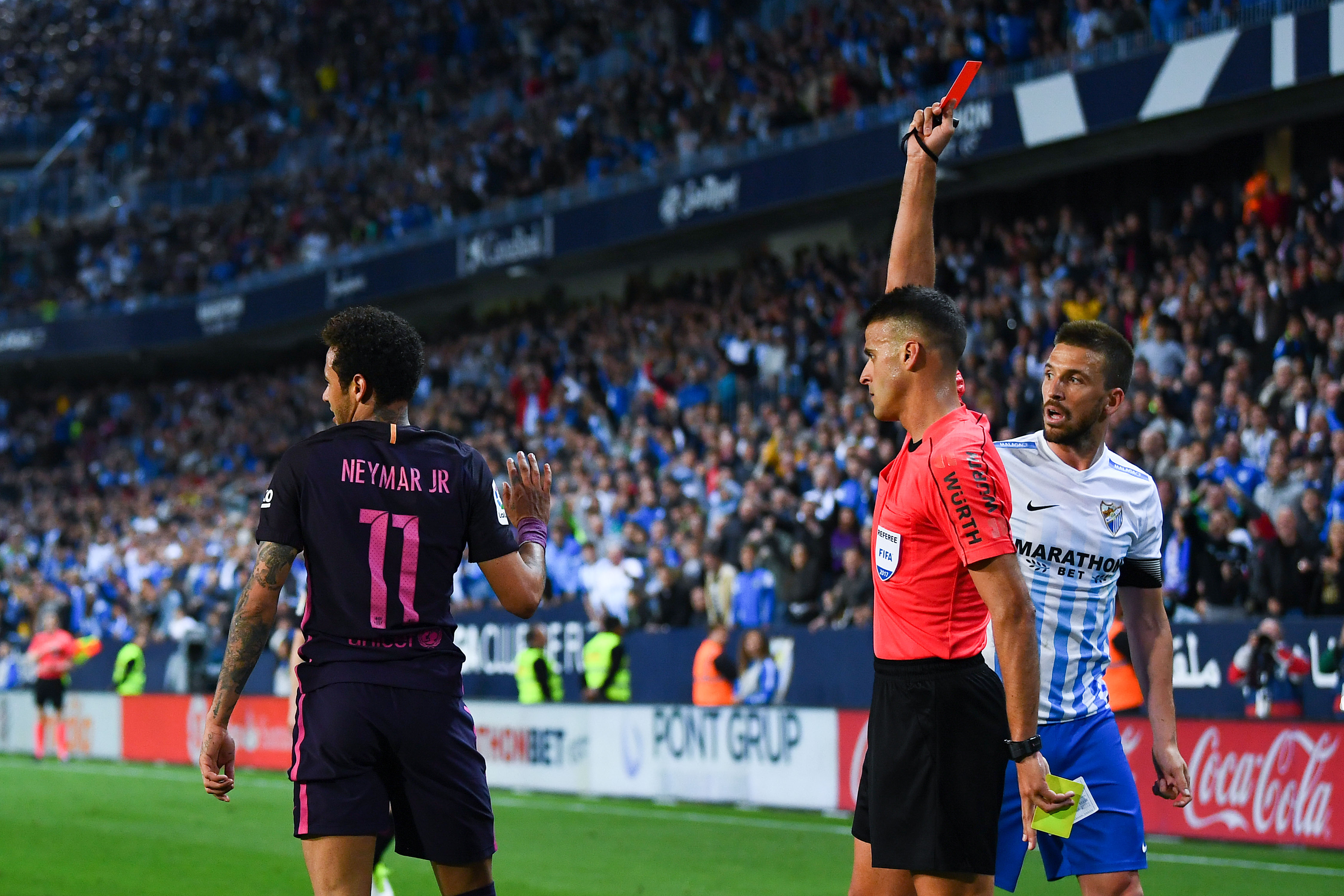 Neymar was sent off as Barcelona’s title hopes suffered a setback with a 2-0 defeat against Malaga in Saturday’s LaLiga encounter, what’s more surprising is that the shock defeat came after league leaders Real Madrid dropped points against Atletico in the Madrid derby at the Bernabeu.

It could have been a perfect opportunity for Barca to close the gap on Real but it proved to be a nightmare as an in form Neymar was sent off and now is at risk of missing out on the clásico at the Bernabéu after sarcastically applauding the fourth official’s decision on being sent off. Neymar’s sending-off compounded a dismal evening for
Barcelona, who failed to overtake the La Liga leaders, Real Madrid and take advantage of their rivals dropping points earlier in the day. Antoine Griezmann had scored a late equaliser as Atlético Madrid secured a 1-1 draw away at their city rivals, which gave Barcelona the chance to leapfrog them at the top of the table. Real Madrid remains three points clear of second-placed Barcelona with a game in hand.

Earlier in the day Real took a deserved lead against Atletico when Pepe, who later went off injured with broken ribs, headed home Toni Kroos’ free-kick. The European champions continued to dominate but without really testing keeper Jan Oblak on too many occasions. Barcelona was shocked when Sandro Ramirez dealt his former club’s hopes of going top of the league a blow before the break when he made the most of some poor defending from Jeremy Mathieu. Neymar then missed an opportunity around the hour mark. The Brazilian’s frustrations got the better of him in the 65th minute and referee Jesus Gil Manzano saw no other option but to show the attacker his second yellow card of the evening after a reckless challenge on Llorente. With full time approaching, and with Barça leaving them increasingly vulnerable, the second goal arrived when Jony tapped the ball past Ter Stegen to thunder home and deliver a blow to Barcelona’s title hopes.
Twitter had some interesting insights for the LaLiga game day, take a look:

#Barcelona star Neymar is facing suspension from the #ElClasico against Real Madrid after red card at Malaga game. pic.twitter.com/DDg8nlox35

The weekend went by so fast.Twitter conveniently made me forget that Barcelona took an L against Malaga.

Frustrating draw but we can't give up. The title race is still not over. Vamos!#HalaMadrid pic.twitter.com/sNnU0PBXCB

Simeone goes down the tunnel pumping his fist. That's what a draw means to him.

Do you think Barcelona can still make a comeback in the title race?