PM Modi to work with Germany to improve Indian Football! 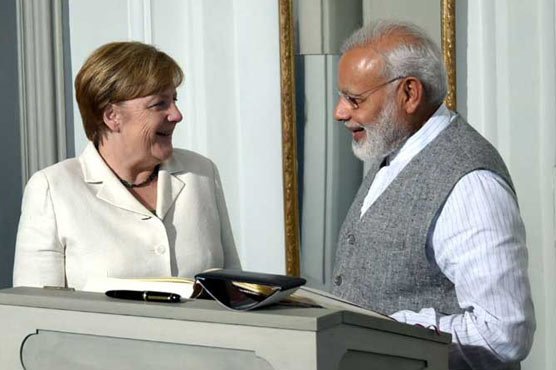 Prime Minister Narendra Modi is on a tour in Germany and amid all the high profile discussions, he has also made a pitch to the European giant about helping India improve in football.

The PM lauded the efforts of Germany on their investment in youth and for promoting a sporting culture that is regarded as one of the best in the continent. While speaking on his tour to the home of current FIFA World Cup champions, he shed light on the fact that the Bundesliga has a huge following back home in India.

“Very few people would know that Bundesliga has a widespread following in India,” he said in his speech after the two countries agreed on several key MOUs and agreements that included youth development.

Thank you Germany! My visit has led to very positive outcomes in terms of furthering the close ties India and Germany enjoy.

The German national team are the defending champions of the FIFA World Cup , having won the trophy for the fourth time in their history in 2014.

With the 2017 FIFA World Cup being held in India this year, this news will come as an encouragement to youngsters who seek to make a mark in Indian Football.