Luke Shaw begs Tottenham boss Pochettino to ‘save’ him from Old Trafford hell! 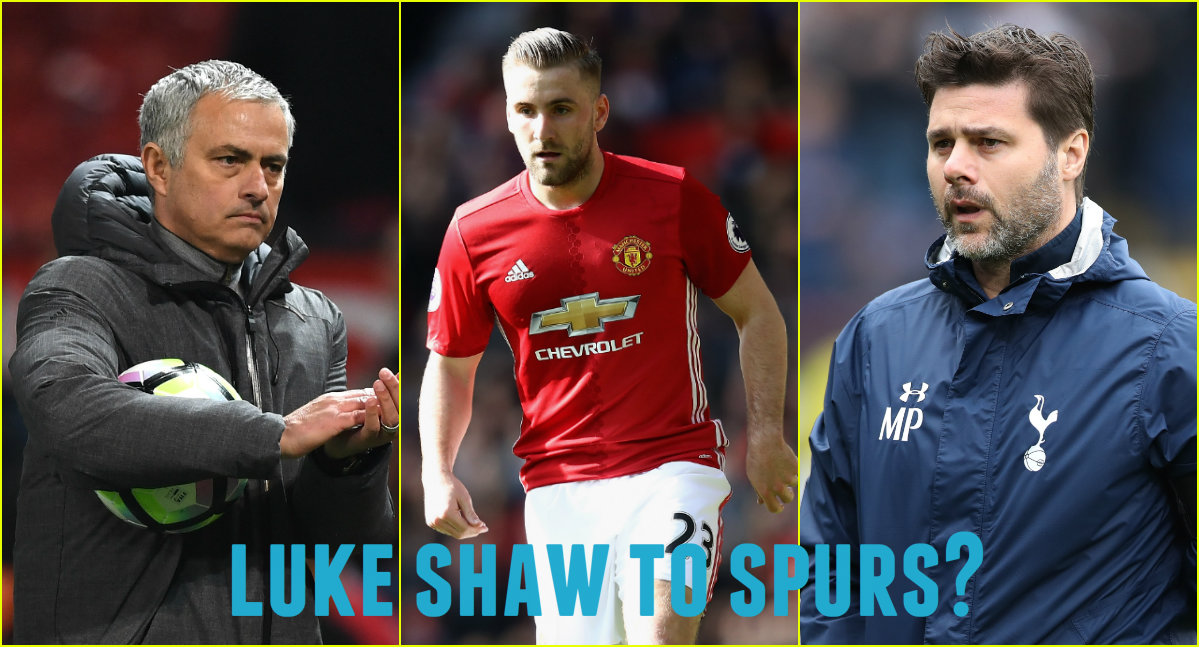 All is not well between the Manchester United boss and the out of favour defender who is recently termed as a “misfit” at the club. Luke Shaw has been at the receiving end of a rift with his manager which was quite evident when Mourinho publically admitted that he doesn’t think Luke Shaw is par with other defenders at the club during an interview.

Shaw fears he has no choice but to leave Manchester United in the summer after Jose Mourinho’s amazing verbal attack at the weekend and he has found solace in none other than his previous manager at Southampton, Pochettino.
Spurs fears they will lose £50million-rated Danny Rose to Manchester City in the summer and have lined up Shaw to replace him.

The Special One claimed he could not compare Shaw to his rivals for a place at left-back because of “the way he trains and commits, the focus, the ambition. He is a long way behind.” Mourinho claimed he was a long way behind Marcos Rojo, Ashley Young, Matteo Darmian and Daley Blind for a starting berth. Jose Mourinho also criticised Luke Shaw’s understanding of the game after the left-back’s second-half cameo against Everton on Tuesday night.
Mourinho’s described Shaw’s display as “a good performance” but said “He had a good performance but it was his body with my brain. He was in front of me and I was making every decision for him”. All this clearly explains why Shaw is not happy at the club and has urged Pochettino to “rescue” him.

Won't happen but I'd take Luke Shaw at Anfield, if only to show the guy how much better Klopp is to that awful Mourinho

Mourinho's public criticism of Luke Shaw is verging on bullying, as clearly the player has no right of reply yet he is being ripped apart.

Mourinho fooled so many Chelsea fans into thinking De bruyne was lazy and didn't train well. I'll take Luke Shaw at Chelsea in a heartbeat

Do you feel Luke Shaw needs to be treated better by the special one?