Deprecated: The each() function is deprecated. This message will be suppressed on further calls in /var/www/wp-content/plugins/js_composer/include/classes/core/class-vc-mapper.php on line 111
 Kolkata Derby draws 65,000 to show why it is the biggest in Indian Football! – Superpower Football 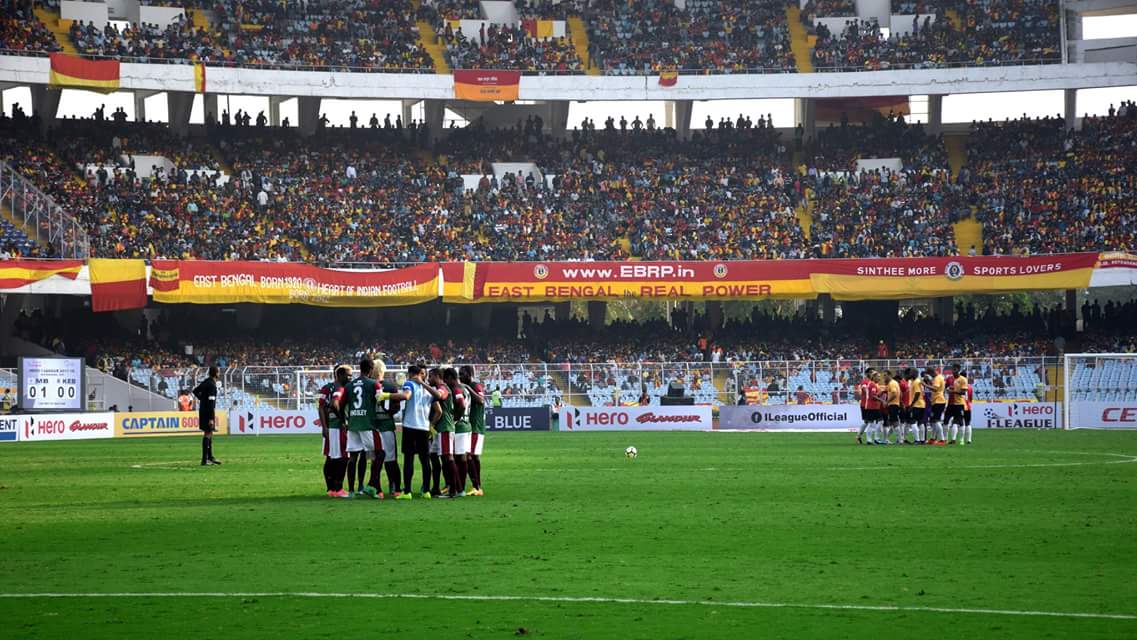 Mohun Bagan riding on a bullet header from their Nigerian central defender Eze Kingsley handed East Bengal a defeat by a solitary goal in the first I-League derby of the season at a packed Salt Lake Stadium on Sunday. 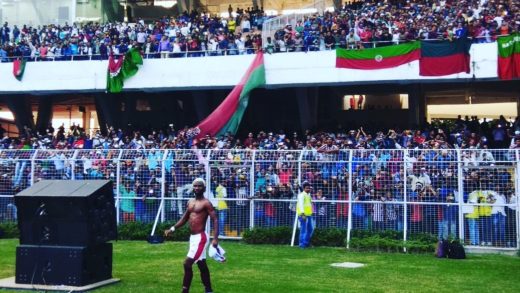 The Salt Lake Stadium saw an official attendance of 64,630 for the game which can be easily considered as the biggest in Indian football. The crowd was electric throughout and it reflected in the intensity of the match as none of the two sides wanted to give anything away in a game which was not just about the three points. Man of the Match Kingsley scored off a low but powerful header from a Sony Norde corner kick to help Mohun Bagan break an anxious 40 minutes stalemate for the Mariners. The Green and Maroon part of the stadium went absolutely berserk and one could feel the importance of the strike in the celebrations as well.

That was a great #KolkataDerby to watch on TV – especially since it’s the first time we can watch it in glorious HD. Top marks to both clubs’ fans that filled most of the tiers at YBK for a 2 PM kickoff. #MBvKEB #BringThemToTheISL

This #KolkataDerby is a broadcaster’s jackpot ?.
It has the history, intensity and the massive crowd behind it everytime. If only it is packaged well, marketed rightly and presented in primetime?, no doubts that it will be the biggest game in Asia.

With these two teams likely to swap boats to get on the ISL bandwagon, the derby just goes to show why Indian Football needs the Kolkata clubs more than anything. It’s not only the legacy that comes along with them, the raw emotions, the passion, the rivalry are all part of the package deal which is the best advertisement that Indian Football can ask for. If one ever hoped to go to an Indian football match and catch a carnival, then this got to be the promised land. The land of Green and Maroon, the land of Red and Yellow!