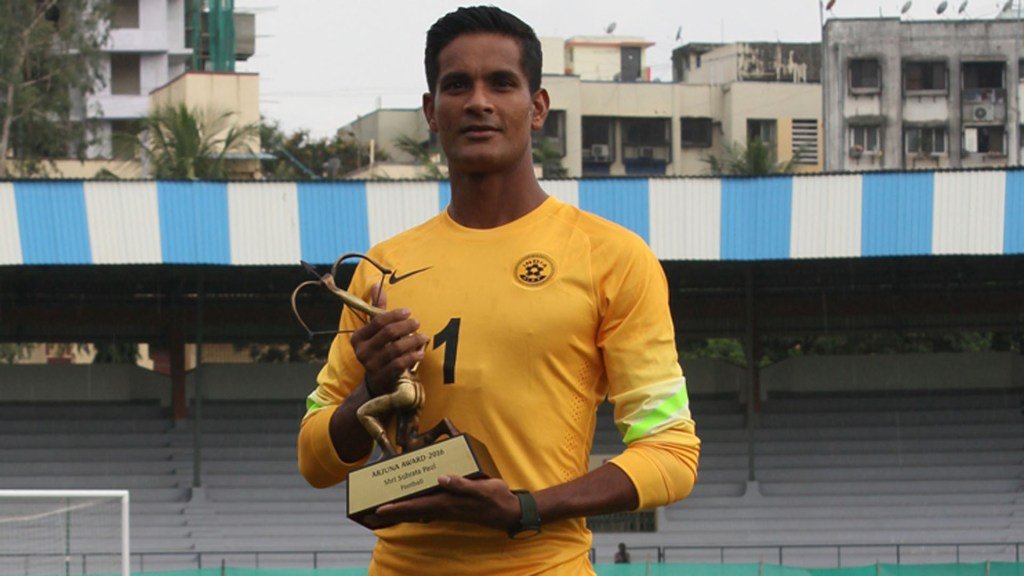 Subrata Paul was tested while preparing for India’s friendly against Cambodia ahead of the 2019 Asian Cup qualifier away to Myanmar on March 28. The test was conducted in Mumbai by officials of the National Anti-Doping Agency (NADA).

His A sample has returned positive for terbutaline. Paul’s sample tested by the National Anti-doping Agency (NADA) had traces of terbutaline, said a source in the AIFF. It is also unknown if the Indian FA has suspended the Arjuna Awardee, as the world governing body Federation International de Football Association (FIFA) stipulates a player who fails a drug test must be suspended by his/her federation within a week of the result. The first sample, usually urine and blood samples, of an athlete are analysed to check for irregularities. Checks are maintained to ensure the sportsman’s medication prescriptions, termed Therapeutic Use Exemption (TUE), are taken into account.

If the sample ‘A’ fails the National Federation (AIFF), the International Federation (FIFA) and the World Anti-Doping Agency (WADA) are notified of the result, along with the player. Then, NADA will usually provisionally suspend the athlete until an official hearing is scheduled. In the meantime, the defendant will have the option of testing his ‘B’ sample. If the athlete turns this option down then the ‘B’ sample test is conducted anyway, in the presence of an ‘Independant Observer.’ The failure of this sample, results in the failure of the complete test.

The 30-year-old was India’s number one choice under the bar before slipping down the pecking order, behind Norway-based Gurpreet Singh Sandhu, in recent times. Take a look at what twitter thought when the news broke out.

Footballer Subrata Paul fails dope test (sample A), letter regarding this has been issued by NADA to All India Football Federation pic.twitter.com/mWMWZXhev8

Indian Goalkeeper Subrata Paul will not be allowed to play now for long time. He failed in dope test. His career is in danger.

Why would I take dope? I am not struggling at all. I don’t even take supplements: Subrata Paul tells me over the phone @fni @IndianFootball

In my entire career, I have given my best and have never done any such thing: Subrata Paul on failed dope test. @fni

Doping is an issue which Indian football needs to deal with in the very early stages to promote a clean environment for the development of the game in the country. What do you think about the severity of the issue? Let us know.