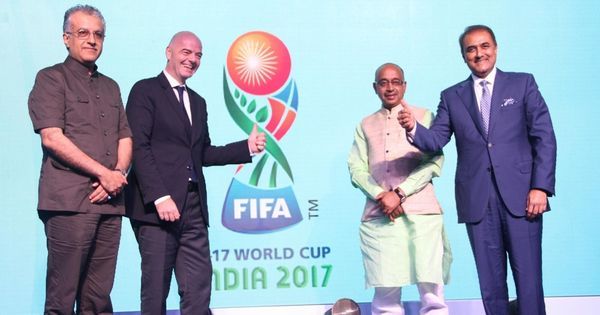 The U-17 FIFA world cup is around the corner and it has created quite a buzz in the country. This only benefits India in the longer run as football is gaining popularity in a cricket crazy nation with time. Another testimony to this growth reflects in the number of volunteers that have come forward for the world cup according to the numbers released by the AIFF.

@FIFAcom is there any chance to volunteer in U-17 fifa world cup in india ?
I am dying to volunteer

A record number of 29,358 football enthusiasts, age between 18-72 submitted applications by the end of registration process for the Volunteer Programme which represents one of the highest ever for a volunteer initiative in India’s history. The figure also marks the highest figure ever received in the history of the FIFA U-17 World Cup. The overwhelming response also had overseas contribution with applications received from over 84 countries in total. Kochi was the clear winner for City of Choice with 38.27%, followed by Delhi and Mumbai with 16.95% and 13.69% respectively. Approximately 1,500 volunteers will be involved in hosting the FIFA U-17 World Cup India 2017 across the six host cities. The tournament begins on October 6. The registration process is now closed and over the next six weeks, the LOC (local organizing committee) will be conducting interviews with applicants who will be shortlisted based on the application submitted.

“The response to the volunteer programme has been so heartening to see, I thank everyone who has registered to be a volunteer for this landmark moment in Indian football” said the All India Football Federation president and chairman of the LOC, Praful Patel.