Here is the one BIG problem with Bengaluru FC joining the ISL. 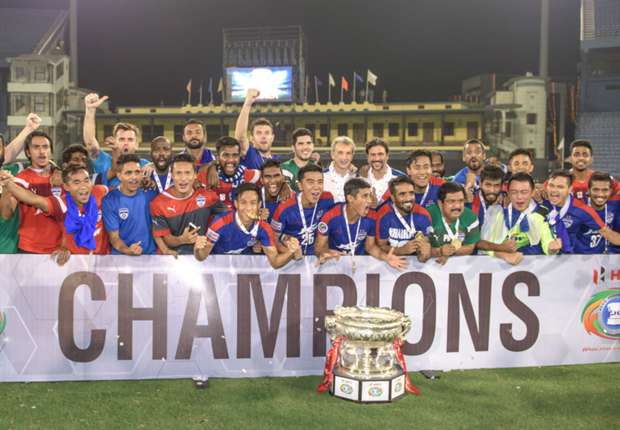 ISL has made the announcement of two new teams being added to the league from next season.  Bengaluru FC becomes the only team from the I-League to move to the cash rich ISL.

I hope this doesn’t mean we have to disintegrate our team… its taken 4 years to build it… #BFC ?

I am KBFC supporter and I live in Bangalore from a long time. In ISL I support @KeralaBlasters and BFC in I-League
Wondering what to do now

Disappointed. Tried hard not to think of @bengalurufc as a typical corporate club but they have proved otherwise.

This is ignorance. @bengalurufc were locking horns with best in the business From last 4 years. I leg clubs were good enuf. #Indianfootball https://t.co/hkIB8Qyxus

Benagluru has had a sparkling career in the I-League. Bengaluru FC though have a task at hand before the league kicks off, Chief coach Albert Roca is the only certain figure to remain in the Bengaluru dugout as the club will be forced to release their entire squad and rebuild from scratch, in accordance with ISL rules. Bengaluru have some of the biggest Indian names on their roster, including national captain Sunil Chhetri, midfielders Eugeneson Lyngdoh and CK Vineeth, defender Sandesh Jhingan and goalkeeper Amrinder Singh but will be forced to release all its players and build a new team via the draft or auction that the ISL is likely to conduct for Indian players. Bengaluru FC has won a title in each of the four years of its existence and reached the final of the AFC Cup last year hugely because of their ability to retain the core group.

dats most saddening. It ll b a soulless @bengalurufc without these players. @WestBlockBlues @ParthJindal11 what do you say

Welcome aboard @bengalurufc and @TataSteelLtd to the prestigious @IndSuperLeague .
C’mon India Let’s Football .

. @bengalurufc will have to release all their players and rebuild the squad via auction/draft before AFC Cup KO tie #IndianFootball https://t.co/fCmpTzqyFj

Do you think Bengaluru FC will be able to rebuild and continue their golden run in the ISL as well?