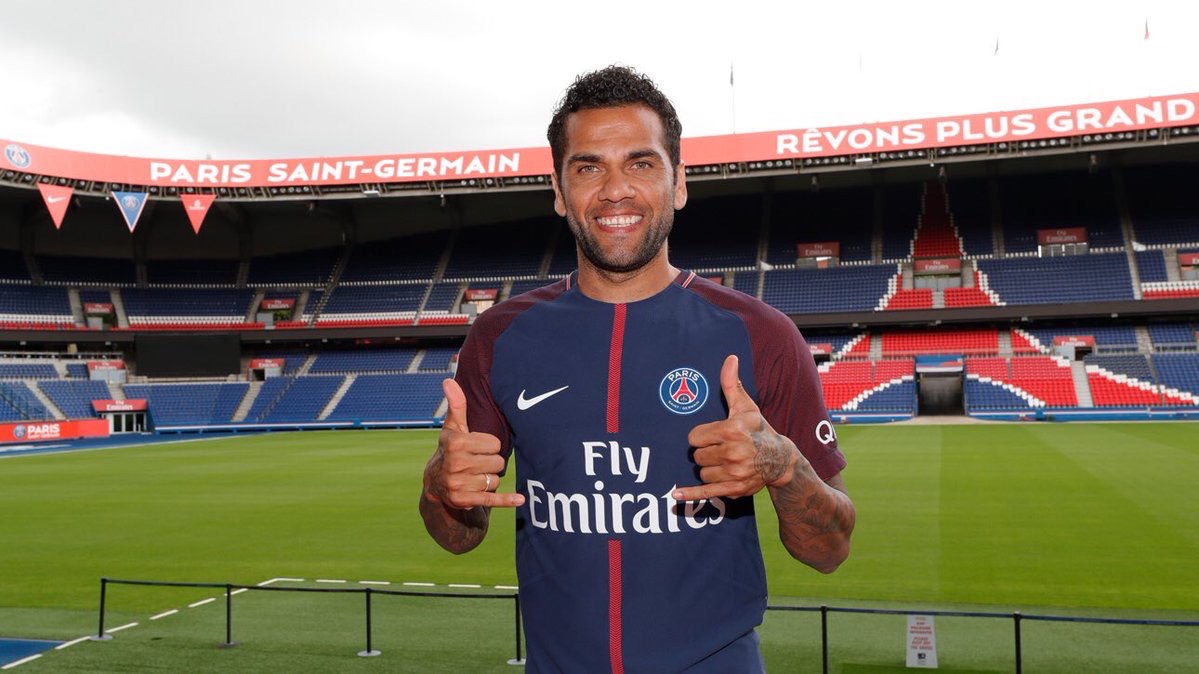 PSG have announced the signing of Brazilian defender Dani Alves on a two-year deal.

“In recent years, I have been able to gauge the incredible growth of this club, which has become a European football powerhouse. It’s very exciting to now be part of this great project!

I know the ambitions of my new club and the expectations of its many fans around the world. We’re going to share in some great times, I’m certain of that.” – Dani Alves

Alves was reported to be close to signing for Manchester City to re-join his former boss at Barcelona Pep Guardiola. The player chose the French giants over a switch to England claiming his desire to become a champion with the Paris club.

Dani Alves is 34 and coming to the end of his career. Guaranteed starts in an easier league with those wages? Completely justified.

“If Pep Guardiola and Manchester City feel hurt, I am sorry. I have come here to be a champion.” – Dani Alves

Alves spent last season with Juventus leading them to the UEFA Champions league final against Real Madrid, along with a domestic double of the Serie A and the Coppa Italia titles.

The three-time Champions League winner with Barcelona is the second-most coveted footballer of all time in European competitions with a total of nine medals, just one behind AC Milan and Italy legend Paolo Maldini.

Can the experience of Dani Alves help PSG become French champions once again next season and bring back the domestic dominance the club has enjoyed in recent years? Tell us in the comments below.