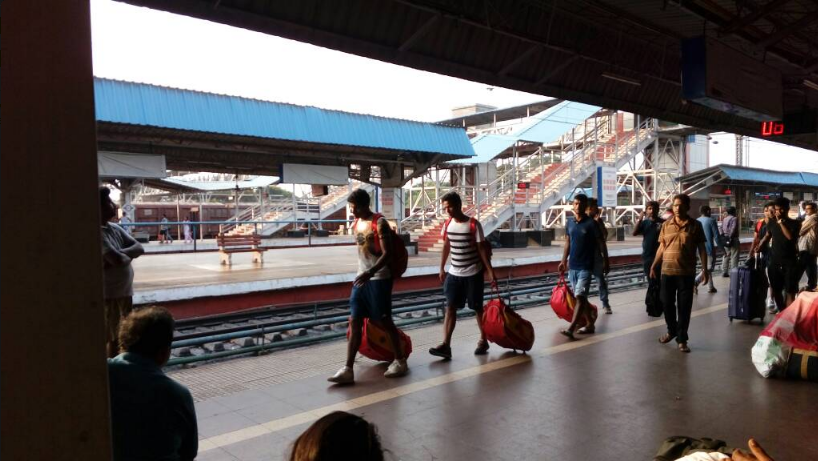 India is rising in the ranks of world football and Indian fans are looking forward to see quality football in the country. But amidst all these expectations, what we fail to realize is the fact that world class performances and quality cannot be bred without providing a sustainable and high class infrastructure to the players.

Members of the East Bengal team and prominent names in India colours travelled in a General Compartment of Jan Shatabdi Express after exiting from the Fed Cup in Cuttack where they lost 0-2 to Mohun Bagan in the semi-finals, and due to the rush in commitments, opted to return by train. “One cannot book tickets in advance because you don’t know the result beforehand. We arranged a bus at the last minute but had to cancel eventually because some of them went on their own.” said the team manager and former India defender Manoranjan Bhattacharya.

That's East Bengal's Narayan Das travelling back in a general compartment after #FedCup2017. Yet you say Kolkata clubs are the way forward pic.twitter.com/r9JTOi7SIL

Some fans shared pictures of players travelling by train on social media which didn’t please the club one bit as their reputation came into disrepute. “The club is in no way responsible for this. We will talk to the players and find out why they did this. Should we not get satisfactory explanations, we could even take action for breach of discipline,” said Debabrata Sarkar, an East Bengal executive committee member.

@fni @Akarsh_Official @eastbengalfc East Bengal dont have money to buy proper train Tickets ,how will they bid for ISL ??

Although club cannot be blamed solely for the incident as players acted on their own but at the same time, it is really disheartening to see that the officials could not even prepare travel a proper travel itinerary for some of the best Indian players.

@visheprasad @debayansen @ChiranjitOjha East Bengal are a huge, massively important club, run by amateurs who keep making the same mistakes and wonder why they have no success.

Do you think the club was solely at fault for such an organising error?