Cristiano Ronaldo gets Madeira airport named in his honour along with ‘horrifying’ bronze bust of himself. 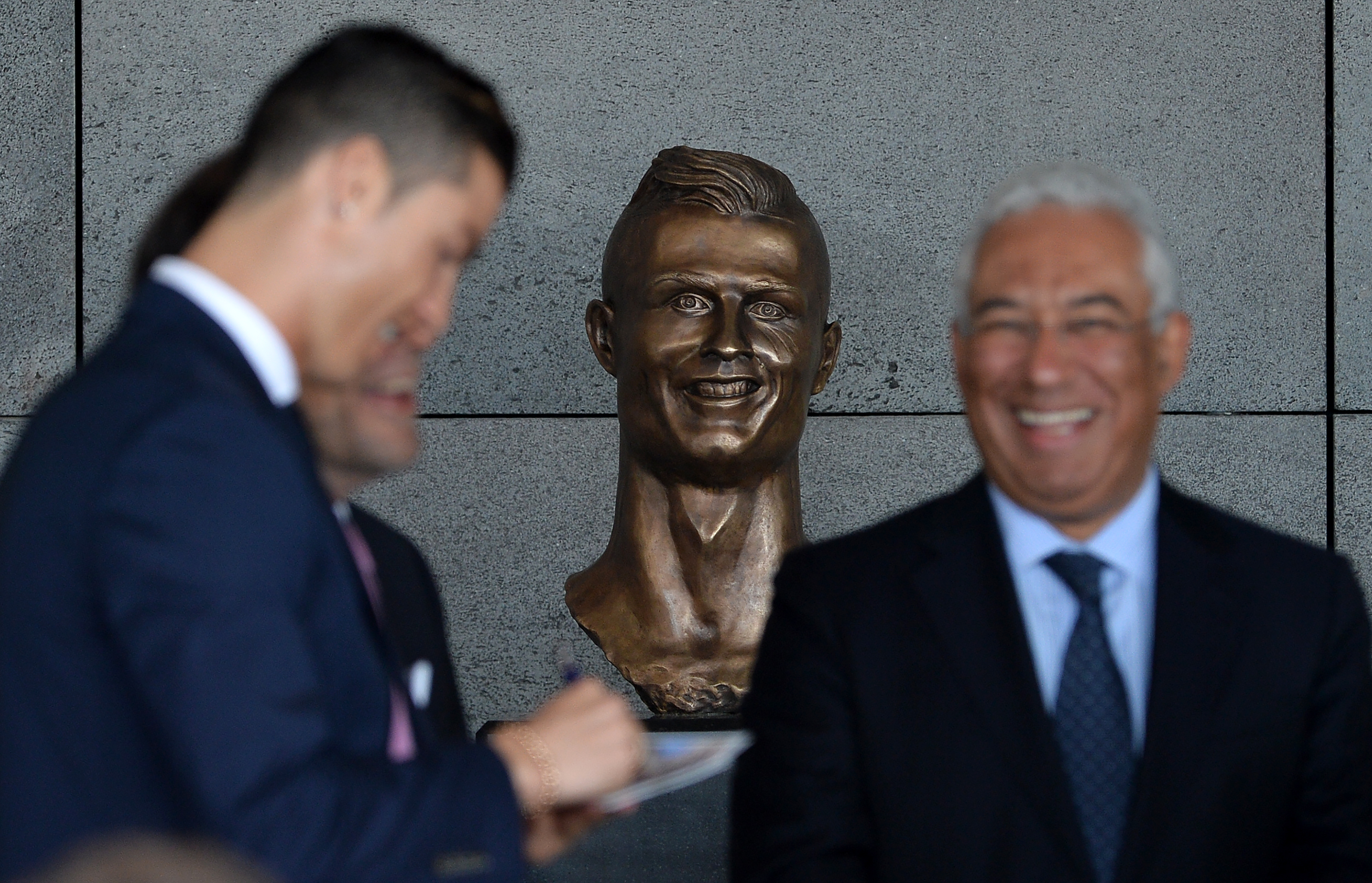 Cristiano Ronaldo gets Madeira airport named in his honour and unveils ‘horrifying’ bronze bust of himself.

Cristiano Ronaldo has helped unveil a new statue in his own honour, as the Aeroporto da Madeira was renamed after the island’s most famous son. He already has a statue, a museum and a hotel named after him in Madeira. “You know how proud I am of my roots, my homeland,” Ronaldo, wearing a dark suit and tie, said in a speech.
What should have been a joyous celebration of a glittering career, though, has been sidetracked by criticism of the Portuguese star’s bronze bust. Questions have been asked as to whether the face actually resembles Ronaldo’s in any way, with other assessments of the sculptor’s handiwork ranging from “disastrous” to “horrifying”.
Now that the bust is being criticized by Ronaldo fans and the neutrals from all over the globe, more incidents of the previous Ronaldo sculpture blunders have surfaced and seems like Ronaldo has been on the receiving end of quite a few from the Sculptor community.

Twitter on the other hand couldn’t keep it together and made sure that the statue was the “bust” of all jokes.

I don't what you're all talking about, that #RonaldoBust looks fine pic.twitter.com/QefUPwYkpf

You vs. the guy she tells you not to worry about. #RonaldoBust pic.twitter.com/7U0jQfkcYc

I guess the artist of this statue is a Messi fan.

You either die a hero or live long enough to become the villain #RonaldoStatue #RonaldoBust #Ronaldo pic.twitter.com/IwlVdxcvWM

The new Ronaldo statue looks exactly like him pic.twitter.com/240RxSvqAt

I don't know what you're talking about guys, I think the Ronaldo statue looks pretty good pic.twitter.com/JIUwQBuqUY

#ThatMomentWhen You realise the Cristiano Ronaldo statue actually looks just like him. ?? pic.twitter.com/QH1XS2Vrlv

A little chuckle does no harm! Let us know if you loved the masterpiece too?