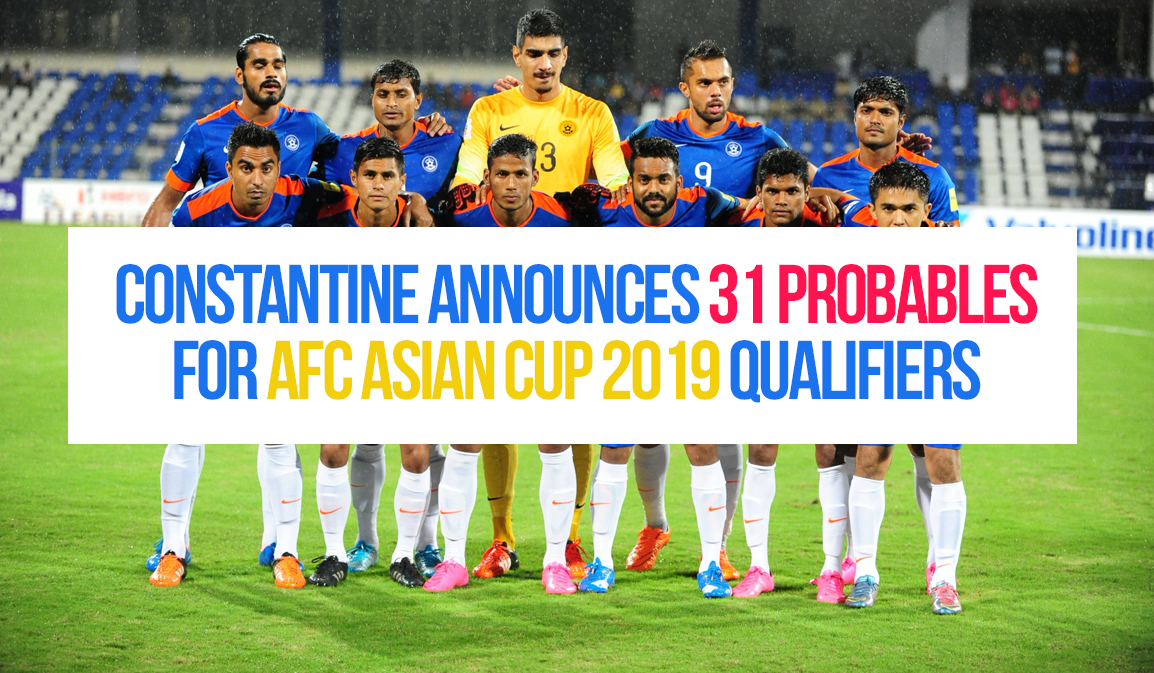 The AFC Asian Cup 2019 Qualifiers are coming and the Indian Football Team play their first Group A encounter versus Myanmar on March 28, 2017 in Yangon. Squad would be assembling in Mumbai starting March 12, depending on their club commitments in the Hero I-League and the AFC Cup.

Constantine has explained his thinking behind choosing Mumbai as their training destination as well. According to the gaffer, Mumbai’s weather condition are pretty similar to Yangon which will enable them to train & prepare appropriately. His experience with WIFA has been great in the past as well, with India’s famous 4-1 win over Puerto Rico coming at Andheri Sports Complex back in September 2016.

Here’s the list of probables for the AFC Asian Cup qualifiers:

India are going to play Cambodia in an International Friendly in Phnom Penh on March 22 as a part of their preparations for the crucial game against Myanmar. Here’s hoping 2017 turns out to be just as rewarding as 2016 was for #IndianFootball! ?