Coach Floyd Pinto “wants more goals” after a breathtaking win for India U-19! 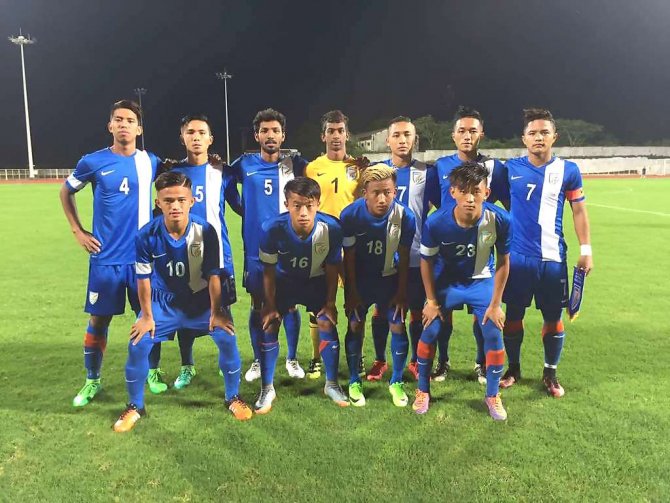 The India U-19 team defeated the Singapore U-19 team 7-2 in the first friendly match between the two sides held at Bambolim stadium in Goa on Monday. 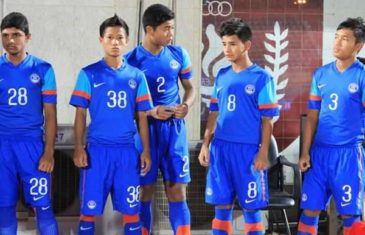 Singapore came hard at India by opening the scoring as soon as in the second minute but hat tricks from Edmund Lalrindika and Roshan Singh helped the home side to an exciting 7-2 win over their counterparts in the first of two friendlies. Edmund Lalrindika stamped his dominance on the game by completing his hat trick inside 37 minutes. The team had started to enjoy themselves on the pitch and it showed with a flurry of goals coming from the men in blue as they put five in the net by the half time itself. India scored the seventh goal in the 87th minute to seal the match with Edmund setting up Roshan for his hattrick.

Match Day !! India U-19 vs Singapore U-19 later this evening at the Athletic Stadium in Bambolim, Goa #BackTheBlue pic.twitter.com/jPArOYRHpp

58′ Rain is pouring down hard, making things difficult for the boys

Edmund Lalrindika, with three goals and as many assists in 90 minutes, was the star of the game. The Indian coach Floyd pinto though was vary of the opposition his team had to face going ahead when they play Saudi Arabia and said “Singapore are miles apart from Saudi Arabia in terms of quality but hopefully we can control the game in the second half. We can be much more effective in the final third and score more goals. We usually don’t concede more than two goals against any side. So that’s something we can work on”.

India and Singapore clash again on June 21 at the same venue.