Chennai is all set to host the inaugural Inter-Continental Champions Cup to be held next month. The invitational tournament will feature an Asian, African and a North American country in addition to India and  is aimed to replace the Nehru Cup, which was last held in 2012.

Bangalore and Chennai were the two contenders to host the event. But, according to Tamil Nadu Football Association (TFA) president Jesiah Villavarayar, the 35,000-odd capacity and better infrastructure facilities of the Jawaharlal Nehru Stadium sealed the deal for Chennai. “The stadium facilities are of international standard and it was a plus point for us. The training facilities at the Nehru Park are also of the highest order. So the All India Football Federation (AIFF) gave us the nod. The only concern is the condition of the ground. But renovation work is already underway,” Villavarayar informed about the decision by the AIFF. Nehru Stadium pitch which is in really poor state after hosting as many as 120 matches of the Chennai Football League from February to April earlier this year. 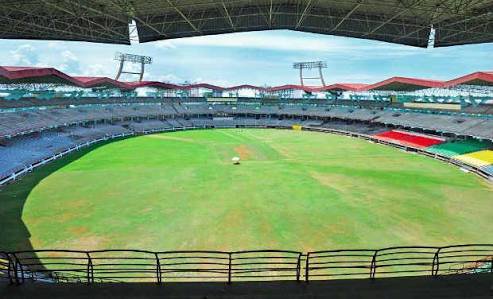 A top AIFF official informed that Afghanistan and St Lucia have already confirmed their participation but the African team is yet to be finalized. Do you think the Inter-Continental Champions Cup can replace Nehru cup and be more successful than the latter?