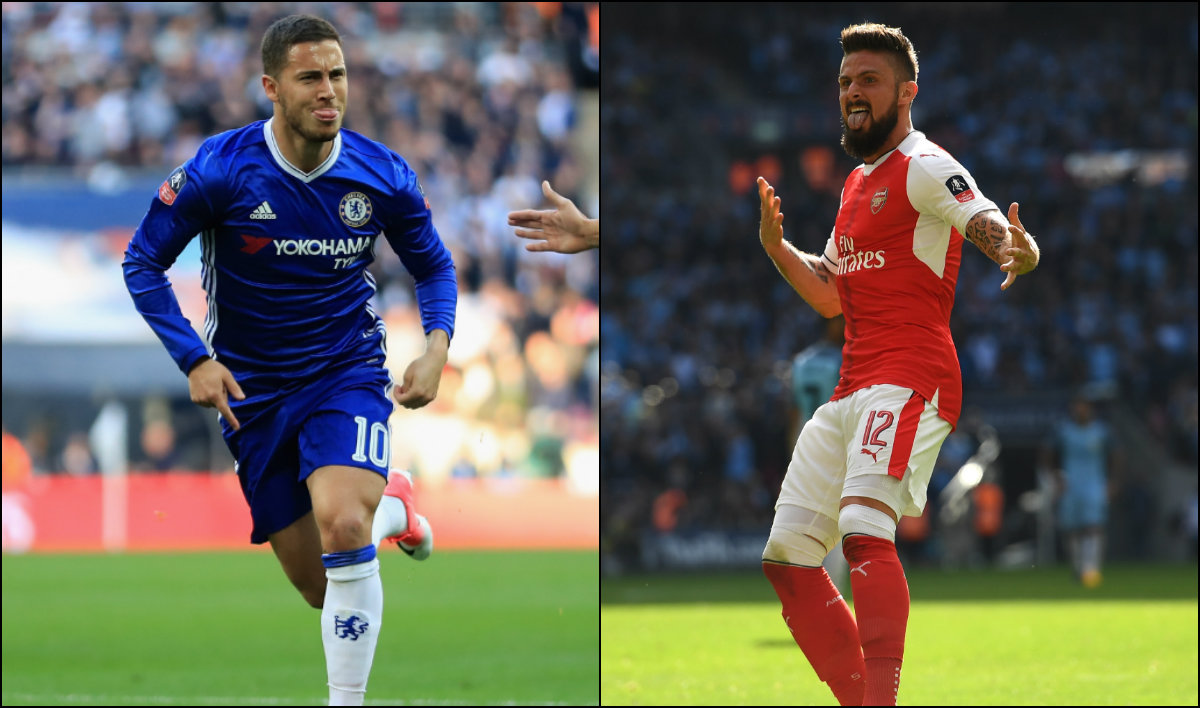 FA cup semis proved to be a treat for the neutral but not so much for the Spurs or City fans as London derby has been set up for the finals. Chelsea continued on their merry way against their London rivals and emerged victorious with a thumping win over Pochettino’s men. Spurs have been in great form in the Premier League and have trimmed Chelsea’s lead down to four points in the title race. But on the day Conte’s side, despite starting without Eden Hazard and Diego Costa, were more ruthless than Pochettino’s men and came out 4-2 winners.

Eden Hazard came off the bench to make the decisive contribution as Chelsea won an FA Cup semi-final classic against Tottenham at Wembley. Hazard had been rested, along with Diego Costa, as Chelsea manager Antonio Conte shuffled his pack against a Spurs side high on confidence after closing to within four points of their London rivals in the Premier League title race. Willian gave Chelsea the lead with a fine free-kick after five minutes but Harry Kane levelled for Spurs with an instinctive stooping header. Willian then scored a penalty after Son fouled Moses just before the half time break. Spurs seemed to have the momentum after Dele Alli converted Christian Eriksen’s brilliant pass seven minutes in the second half before Hazard was introduced as Chelsea’s trump card scoring one and setting up the Matic goal which proved to be the final blow.

On the other hand Arsenal had to fight Guardiola’s men with tooth and nail as the game went on to the extra time but the Gunners held their nerve and deservedly proceeds to the final. Arsene Wenger’s men were put on the back foot when Sergio Aguero broke the deadlock in the second half but found an equaliser through the unlikely source of Nacho Monreal less than 10 minutes later. Alexis Sanchez found the winning goal, bundling home from close range in the 101st minute.

The final has been beautifully set up as an in form Chelsea will face Arsenal who have had a forgetful season but have a chance of redemption with a trophy to end the season. Take a look at how twitter reacted on the semis of the FA cup.

I learnt something in today's football match (Chelsea vs Tottenham). Hazard is the best in the world. Simple??

Alan Shearer on @ChelseaFC
"You playing the best defensive team in the league & you score 4 against them, you deserve to win the game" ?

Manchester City;
Out of PL title race
Out of UCL
Out of League Cup
Out of FA Cup
And then they said Pep will revolutionize the PL ?? #MUFC

For the first time in his managerial career, Pep Guardiola will end a season without a trophy.

Who do you think will take the FA crown?