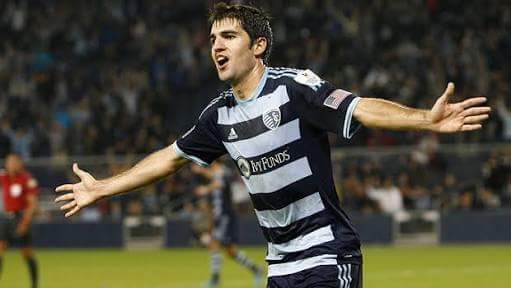 Bengaluru FC has roped in Spanish winger Antonio Rodriguez Dovale for the 2017-18 Indian Super League campaign from Spanish second division side Rayo Vallecano with whom he spent the 2016-17 season.

Born in Coruna in Northern Spain, twenty seven-year-old ‘Toni’, as he is widely known spent his formative years at Obradoiro and FC Barcelona before joining Celta de Vigo in 2005 as a youth player and made his first team debut in the Segunda Division in 2009. A brief loan spell at fellow Segunda Division side SD Huesca in 2010-11 was followed by a return to Celta, where he made 30 appearances helping the side achieve promotion to the La Liga at the end of the 2011-12 season. He played an important role for Celta in the top-flight with the highlight being an impressive 9th place finish in the 2013-14 season. Dovale has also plied his trade in MLS for Sporting Kansas City in 2014.

.@ToniDovale9 couldn’t wait to wear the Bengaluru Blue! Here’s what he had to say all the way from Spain. ?? #NuevoAzul #HolaToni pic.twitter.com/MUQAvHanwY

“Antonio is a good young player and a crafty winger. Having played at the highest level in Spain, he brings in vital experience which will help us in the season ahead. He still wants to continue improving and his desire to learn will help him settle in quickly.” Albert Roca, Bengaluru FC coach said. Will the Spaniard make all his top flight La Liga experience count and help Bengaluru FC boss their debut ISL season?