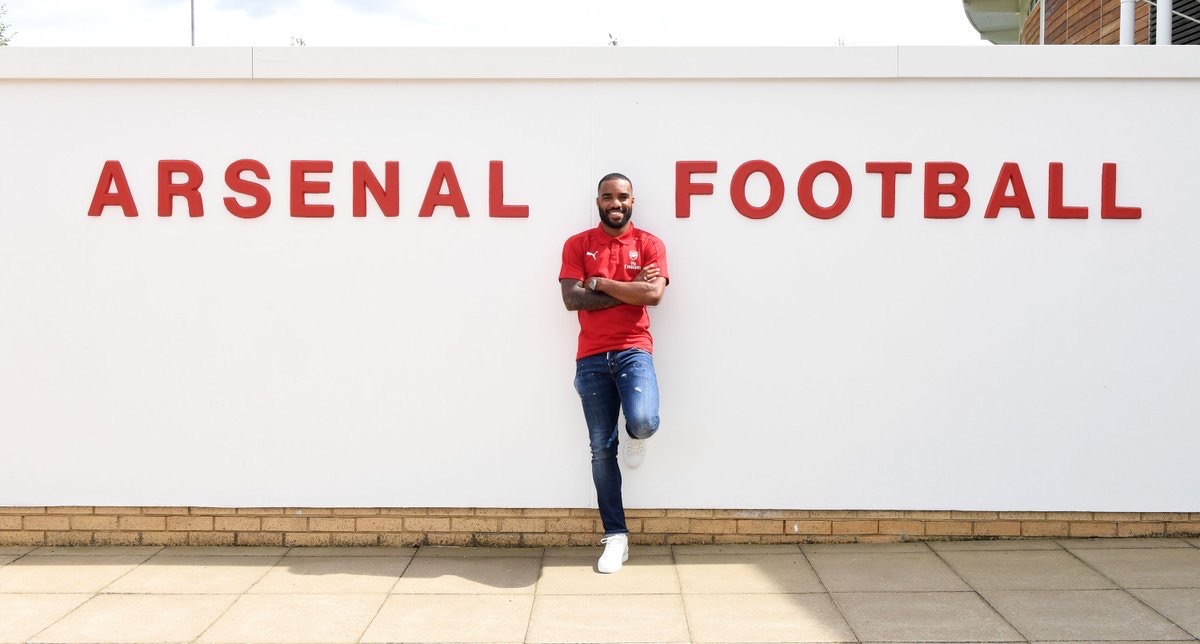 Arsenal have announced the signing of Olympique Lyonnais striker Alexandre Lacazette on a five-year deal.

Finally, it’s the news you’ve all been waiting for#LacaNewSigninghttps://t.co/hChokRNpc1

The 26-year old French international has signed a long-term deal with the club for a club-record fee of £52million, breaking the highest paid transfer fee in Arsenal history – a record previously held by Mesut Ozil at £42million.

“I am, of course, delighted and very proud too because Arsenal is a legendary club. Throughout my childhood, thanks to Thierry Henry and other French players, I always dreamed of playing for this club so today that dream has been fulfilled.” – Alexandre Lacazette

Lacazette has played for his hometown club Lyon all his life till now, making 203 League 1 appearances in eight seasons. He finished last season with 28 goals in 30 games, as well as bagging six goals in six games for Lyon in the UEFA Europa League.

Arsenal will play in the UEFA Europa League next season after missing out on Champions League football for the first time in 21 years, when they finished 5th in the table in 2016/17.

“I want to give one hundred per cent in every match. I want to show I’m worthy of the shirt. I want to do everything I can to make sure we win titles.” – Alexandre Lacazette

26 – Alexandra Lacazette could become the 26th French player to play for @Arsenal in the @premierleague. Legion.

Can Alexandre Lacazette emulate the great Thierry Henry at Arsenal? Is he the key for Wenger to get back into the Champions League? Tell us what you think below!