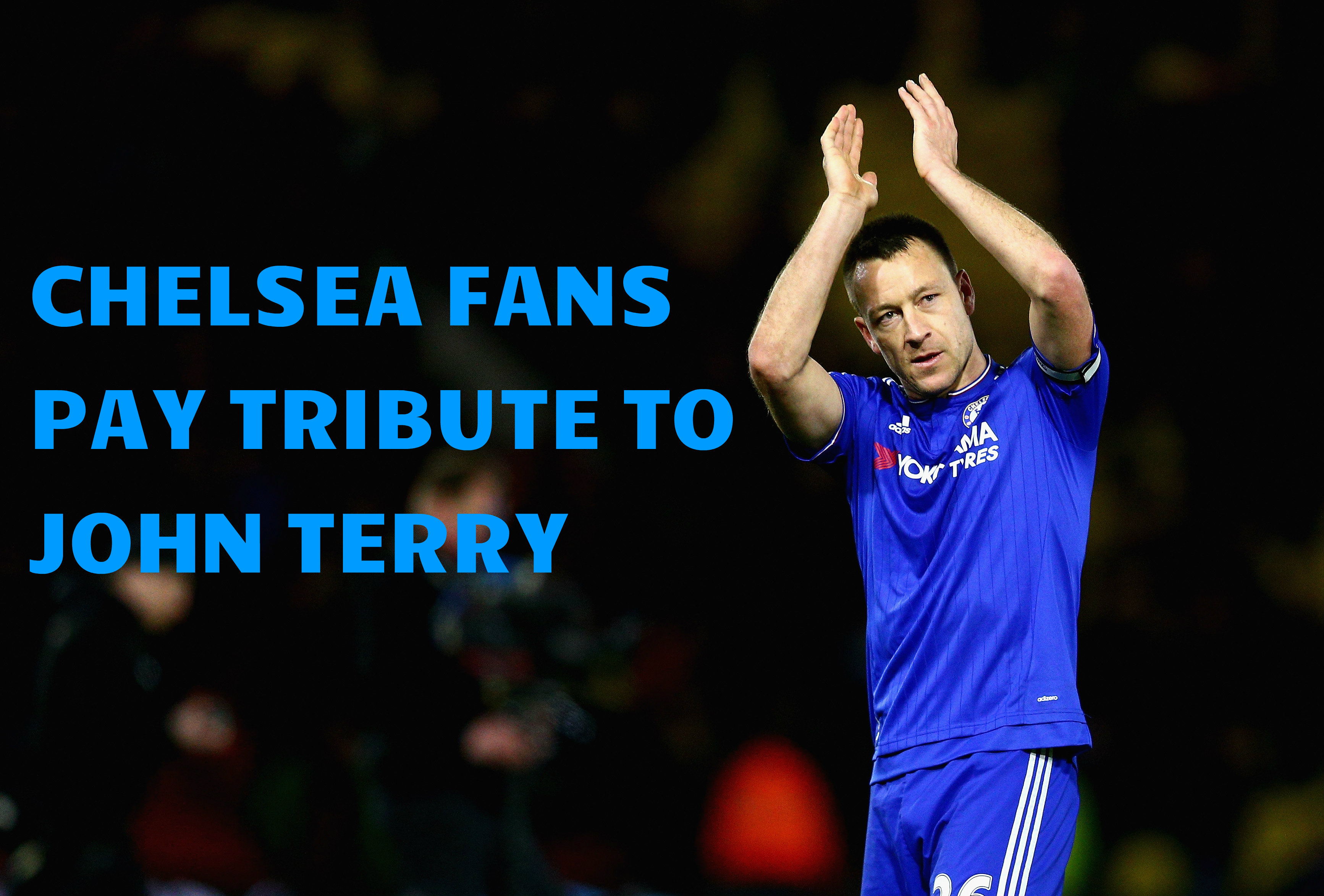 John Terry & Chelsea together made an announcement yesterday that Chelsea’s true-blue defender will be leaving the club at the end of this season.

Terry said, ‘After 22 years there is so much to say and so many people to thank at this great football club. From coaches, team-mates and staff to the fans who have given me so much support down the years, I can’t thank you enough. There will be opportunities for me to speak further about this over the coming weeks.

‘I will decide on my future in due course, but for now I am committed to helping the team achieve success this season.

‘The club and I have always had a fantastic relationship, which will continue beyond my playing days. We had some really positive talks but with everything taken into careful consideration I have decided it’s the right time for me to leave. I’ve always been conscious that I depart at the right time, in the right way, and I feel that the end of this season is the right time for the club and I. I feel I still have plenty to offer on the pitch but understand that opportunities here at Chelsea will be limited for me. I’m eager to carry on playing and so will be looking to continue with a new challenge. I will of course always be a Blue and am desperate to end my final season as a Chelsea player with more silverware.

‘Finally, words cannot describe the love I have for our football club and our amazing Chelsea fans. I would like to thank each and every one of you from the bottom of my heart for the unbelievable support you’ve shown me over the years. You mean the world to me and every trophy we’ve won during my time at the club we’ve won together. I will never forget the incredible journey we’ve been on. Thank you so much for everything.’

Here are the best tributes by his fellow players and fans alike..

The last man standing of an incredible era for @chelseafc. What a pleasure to play with the greatest defender in the @premierleague history. In fact, I'd put him up with any defender in world football of any era. He led the club both on and off the pitch from the moment he made his debut. He set standards for everyone, whether it was demanding excellence in training, fighting for every win or respecting how fortunate we were to play for such a great club. He was, and is, a legend, not just for his talent but just as much for his desire to get the best out of himself and others around him. That's what made him the most successful captain in the club's history. Off the pitch a great friend to not just me but so many at the club and outside of it. The countless things I've seen JT do to help people outside of the game, things that not many see, are what defines him as a man. @johnterry.26 you deserve every accolade you get over the next weeks and beyond and I hope you get what you deserve and lift two massive trophies at the end of the season(just to add to the tally ?). Whatever you do next I know everyone will respect your decision and I know that the Chels will always be your club. Absolute respect ????#jt #captain #leader #legend

John Terry in the #PL

I was 8 when John Terry made his debut, and nearly 20 years later I've watched him win everything there is to win. An absolute privilege.

End of an iconic era. pic.twitter.com/k12EbbtZrQ

John Terry surely goes down as the greatest defender of all time! Leave your thoughts in the comments..