Deprecated: The each() function is deprecated. This message will be suppressed on further calls in /var/www/wp-content/plugins/js_composer/include/classes/core/class-vc-mapper.php on line 111
 3 things you MUST know about the Arjuna awardee Oinam Bembem Devi! – Superpower Football 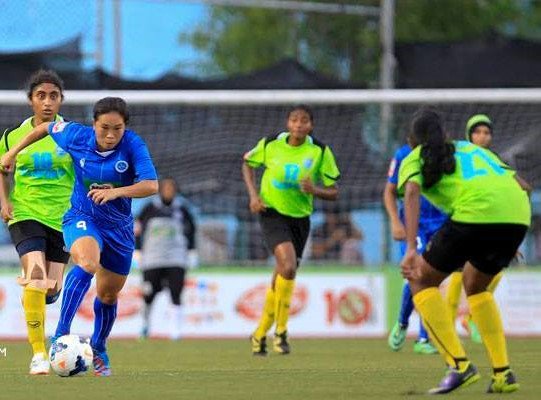 Oinam Bembem Devi has been the face of Indian women’s football for over the past two decades.

Now after over 20 years of contribution to the sport, Oinam Bembem Devi has become the second Indian woman footballer to win the Arjuna Award.

Here are the three reasons why Oinam Bembem Devi is famously referred to as “Durga of Indian Football”.

Oinam made her international debut in 1995 and bowed out on a high after winning the SAF Games Gold Medal in Shillong in February 2016. She gave 20 years of her life to a sport which is not widely followed in our country.

2) A Leader off the pitch

She abolished groupism from the Indian Women Football team, which was regionally driven and was also mostly because of the language barrier, but after she retired, a player from Bihar became fluent in Manipuri, a Bengali footballer started understanding Marathi and the credit purely goes to the great leader who was instrumental in uniting a diversified team and setting an example. 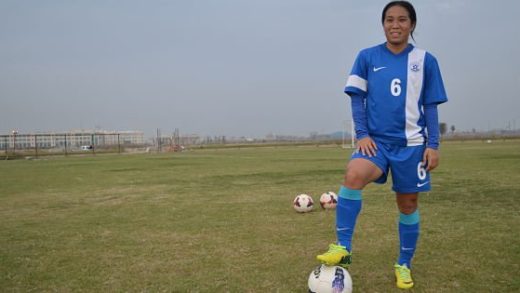 She made her debut in the national team at the age of just 15 and captained India from 2003 and led India to victory in the 2010 South Asian Games and 2012 SAFF Championships. 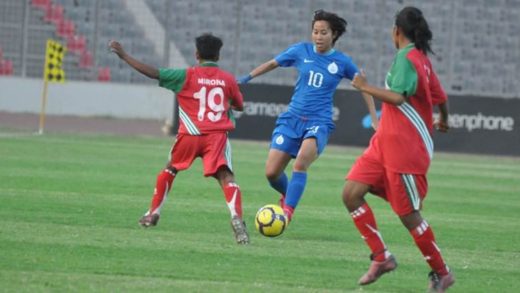 Having also won the AIFF Woman Footballer Award twice, in 2001 and 2013, she was the face of Indian Women Football till she retired. After winning the Arjuna award, she said, “This is an award for Indian women’s football. I hope this award will help remove the mental block and inspire all girls in the society to take up the sport,” she added. “It gives me immense satisfaction to see my name in the same list with the greatest Indian sportspersons across all fields. My sacrifice over the past two decades has not gone waste.”

Our salute to this Champion and she deserves every bit of our attention as a fan of Indian football for giving two decades of her life to the sport we all love.